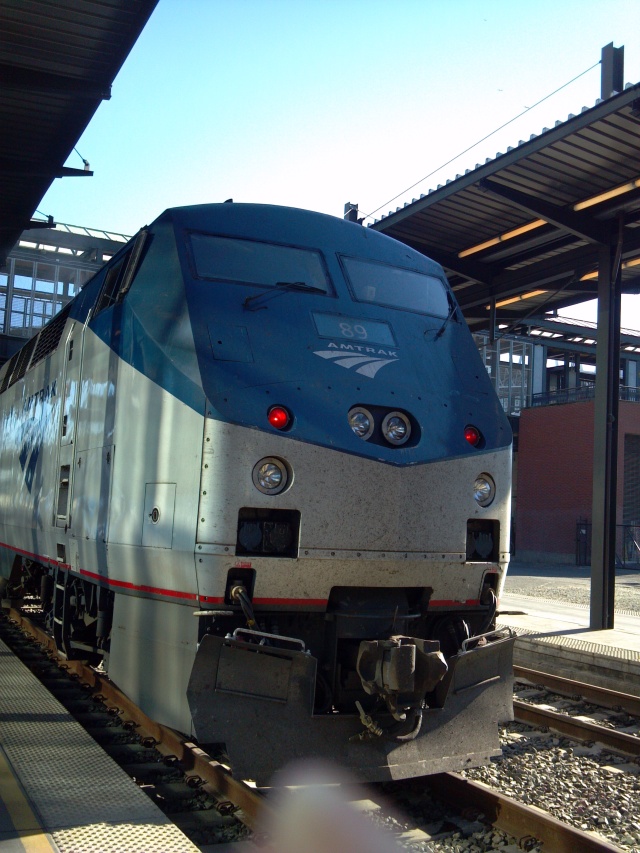 Stella has never taken the train, and since her Bachan (Grandmother) lives in Portland, I figured it was the perfect excuse for a train ride.  I scouted out the schedules, and made the reservation for the Amtrak Cascades all online.  I was pleasantly surprised to find it was very easy to book our trip. 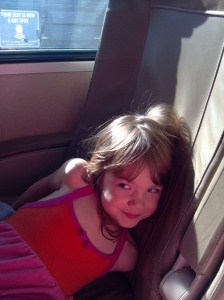 We made sure to pack all the essentials (a few cookies, goldfish crackers and the iPad) and headed to the train station after work on Friday.  I was a bit surprised by the line to board the train (apparently traveling by train is picking up in popularity), but it moved quick and we were able to get in our seats without too much drama.

Stella was very excited for our trip; was entertained by the up-close view of the train itself and had fun helping me find our seats.  But no sooner did we get settled in, did she start asking when we were leaving and how long to Portland.  I tried to get her interested in the sights as the train pulled from the station, but no dice.  Enter the handy iPad.

Not too long into our journey, there was an announcement that the food car was open.  I noticed people coming and returning with various drinks and food, so I thought it might be fun for us to go and get dinner.  I cautioned Stella of walking through the train cars, but apparently she is much more sure-footed than myself, and she headed on through the cars with no problem.  I, on the other hand, swayed as the train turned corners, trying not to fall on people. Hmm..

There was a bit of a line (well, about a car and a half long), but Stella was patient enough and we made it through.  We dined in a little table in the dining car, looking out the window (there are many pretty beaches and parks between Seattle and Olympia) and listening to Stella tell me stories about how she used to ride a train when she was a baby (she is really in to storytelling).

After dinner (which killed an hour of our three and a half hour trip), we made our way back to our seats.  Stella played on the iPad a bit more, I tried to get her interested looking out the window at the scenery (let’s just say that little kids do not care about scenery), and within a few minutes, she was asleep.  I spent the rest of the journey, holding my sleeping kiddo and looking out the window (I like scenery)  😉 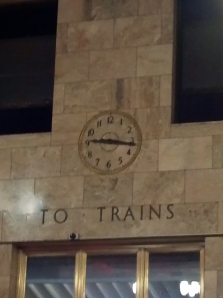 We arrived in Portland in one piece, and made it through the entire train ride with no tears.  In my book, this trip was a success.  Will we do another train ride anytime soon?  I am not so sure, Stella was not as impressed by the train ride as I would have thought.  Maybe we will go for a train ride again when she is a little older, or maybe once I get it through my thick head that kids just don’t really like scenery!